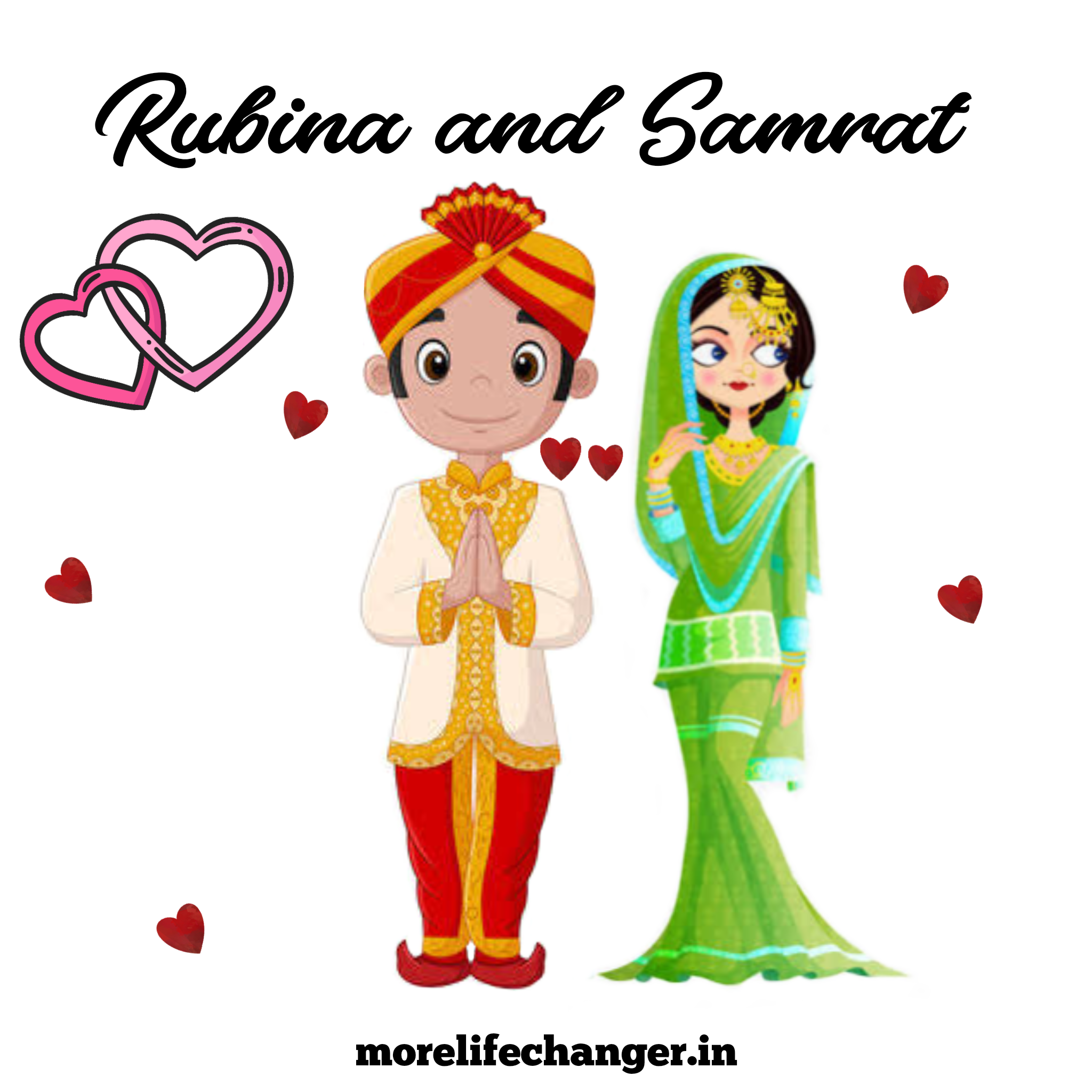 Love story of Rubina and Samrat

This is a Web Story

Rubina is a 2nd year student of BCA. In the same college Samrat studies and he is a 3rd year student. Rubina is a bubbly girl while Samrat is a very shy guy. Both were hosting a nation level quiz competition organized in her college. She was very keen to share a space with him.

Rubina was so beautiful that Samrat fell in love with her when he saw her for the first time. You can say love at first sight. In the event Samrat looks very dashing that even Rubina can’t stop herself from falling in love with him.

Rubina got very angry knowing Samrat  touched  her. At the end of the event when everybody was having the dinner Samrat tried to convince her but all in vain she was not even ready to listen to him.

Samrat thought of teaching Rubina a lesson by making her shame in front of everybody .He thought of a plan that he will speak about her dullness and shyness. When Rubina arrived at the college Samrat stopped her at the gate only. One of Samrat’s  friends asked her  to give an introduction but she refused to give any intro. Rubina said ragging is illegal in college and you can get punished if I complain about you. She said I am from the anti ragging team and I will definitely complain to the dean about your whereabouts. Samrat and Rubina had a fight regarding ragging Samrat said you cannot do that but Rubina was very sure that she will complain about him. Samrat said if she will complains then she won’t be able to join the club as Samrat is head of the club.

Samrat made a plan to impress Rubina so he invited her to his birthday party. But nothing happened as Samrat’s plan. Fight occurs between Rubina and Samrat because she saw him mixing coke with drink. She was very sure that he was planning something very cruel. Rubina became so angry and she left the party.

Samarat’s friends tease her at canteen

Whenever Rubina goes to the canteen Samrat’s friends used to tease her. She used to cry thinking Samrat is a very bad person but still she can’t stop loving him. She can’t even have her food properly at the canteen.

Samrat is a back bencher

Samrat asks Rubina  to go with him to the prom but Rubina refuses saying she is going with someone else. Samrat knowing this became angry and he shouted at her how she can go with someone else when he is there for her. She didn’t want to go with Samrat as Bella told her Samrat is her boyfriend and she is going with him. Bella is a very cruel and evil minded girl. She can do anything to get Samrat.

Rubina  kept roja fast so she didn’t visited the canteen. When Samrat could not find her he started spying on her and then he came to know that she kept fast. A plan struck to Smarat’s mind to ruin her fast to teach her a lesson as she did not went with him to proms party. Samrat tried every means but Rubina was so much focused that everything was in vain. Every time Samrat tries a new plan to hurt her but he fails. He tried to make her eat but somehow she managed to escape from there.

Rubina is a bright student

After the exam on the result day everybody was shocked to see Rubina stood first in the exam and Rubina was very embarrassed to see the person she loves just passed the exam with the last grade.

Samrat confess his love for Rubina

He confess his love for Rubina but she reject it saying she is a muslim  girl and   they have no future together. He loved her so much that he never dated any other girl.The girl also loved him so much that she never said yes to  other boys.

This was the right time for Rubina  to tell him how much she loves him. But at the party again she was misunderstood by Samrat and he said you will never understand me and my love . Before leaving this college I just want you to know how much I love you and I will wait for you. I will wait for you to return and express your feelings. Samrat left the party and went away; he never returned.