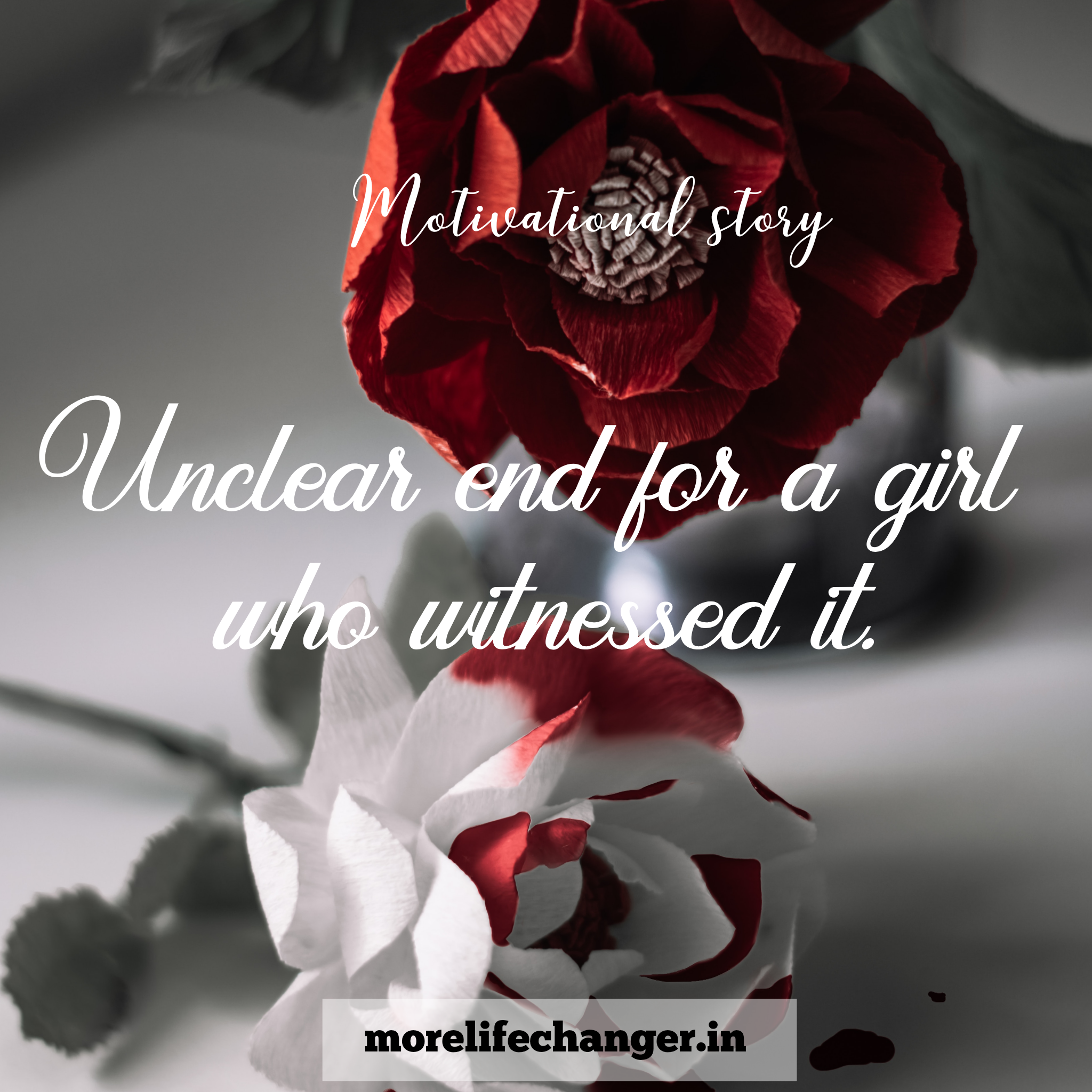 A 5 year old girl Kirti who used to dance to song tunes was very famous for her dance moves in her town. She can dance on any song anywhere. She wanted to become a dancer. Her father is a farmer and mother is a housewife. She is so charming and talkative . One day her uncle came to her house to take her with him to his place which is staying in a nearby town .

There was a function which was organised by her uncle and he wanted some kid to do the entertainment for the people around. So he took her to his friends house near the function hall . His name is Satish . He had a beautiful wife and a cute little angel just born a month ago. Kirti was super excited to meet a cute baby with very tiny hands and legs . Her lips were as pink as rose.

She played with the baby the whole day but at night she was terrified because of the cry of the baby that prolonged the whole night. But in the morning again the baby was smiling when she looked at her. She played for sometime then her uncle came to take her to the function hall. At the function hall everywhere chairs were there . Out of curiosity she asked why so many chairs were there. Her uncle told her that people are going to gather here for the function and you have to perform in front of them.

They performed some rituals before the function and then they returned to Satish uncle’s house . When she returned she saw the baby was crying. She asked Aunty why the baby was crying , she was cooking inside the kitchen . She asked again if she was hungry. Please feed her. Her aunty said ok I will feed her just look after the soup on the gas. She was a little girl who never went near the gas and she got a job to cook the soup . She took the spoon and stirred the soup and she closed the vessel with the lid. Still to go for unclear end for a little girl who witness it

She heard a voice, Kirti, and she came out to look at who was calling her . When she came out she saw Satish uncle was carrying some bags in his hand . He calls Kirti to come here . Then he opened the bag and a beautiful dress was there . He asked her to wear the dress . She was looking like a princess . Satish uncle said today you perform in this dress. her aunty gave food to eat and then she went to play with the baby . She saw her uncle and aunt were quarreling with each other . She became sad , she asked her what happened . Her aunt replied , I am not well and I am suffering in pain and there is no one to look after the baby when she is working . The little girl said I will look after the baby, don’t worry.

Her uncle is a doctor

Her uncle came to pick her for the function . She wore the dress and got ready for the function . Outside the function hall stalls were there . She can smell the taste of different kinds of food . After her performance she saw a girl with the same age standing with her mother . Then the next performance was a periodic drama. She was standing there at the corner . Kirti went to her and said hello. She smiled and said hello. They became friends and went out with her and she played the whole evening with her and she forgot she had to return to her house.

She asked her new friend to go with her and she said ok i will go with you . When she went there she saw food was kept at the table but nobody was there . She called her aunty, she came out and said your uncle is not at home as he is a doctor she went for a delivery of a patient. She could not understand her but she could figure out that as he is a doctor he went to check some patients .

Also read – Most of the working woman goes sleepless night .

Go with left out food

She ate the food kept on the table . After sometime she came out with the baby and said can you carry her. Kirti said ok she started playing with the baby . Her aunty went inside and closed the door . Then one man came and asked about the doctor. She said he went out to check a patient. He was waiting for hours and went . After some time he came back and said where is the doctor his mother died because the doctor did not go to check hids mother . He became angry and started to quarrel with her aunty. After some time he went inside the home and closed the door . The baby was sleeping in kirti’s arm. She heard screaming please don’t hurt me . She got frightened and ran from there with the baby .

She hid herself in the stall with the baby, the whole night baby was crying and the only thing she was having was water to feed her . Early morning she went to the house she saw the door was closed from inside . She called her aunty but no one came out . The baby was crying so much . She asked help from nearby but nobody helped her . Meanwhile she kept the baby on the table and went to search for her uncle . She enquired about the address of the patient .

Finally she found it and she went there to call him . They were running as she kept the baby on the table. He said you should always keep the baby in bed. When they reached there she found out the door was broken no one was inside people gathered outside the house and the baby was laying in a pool of blood . Her uncle came and took her immediately with her .

Satish’s uncle is all alone with no news of his wife and the cute little angel dies. Kirti could not eat properly. She always had a dream about her aunty and the baby was standing outside the house and she is calling her name . After a couple of days passed, Kirti’s tution teacher came to teach her. She was frightened about the incident . Looking very upset her teacher asked her what happened. She told her about the whole incident.

Teacher understood that she needed guidance. She told her whatever happened we cannot change it . The only way is to move forward and keep living a happy life. In the whole world a lot of incidents happen daily we may not be aware of, but life keeps moving and time never stops for anyone. Two years passed and she heard the news that Satish’s uncle got remarried . At this point she understood that we have to move on in our life . This is the reason of unclear end for a little girl who witness it

What we have learnt from this

We have to leave the past and move ahead in our life. If we want to be happy in our life we should not dwell in the past , we should not worry about the future and we should focus on living our present.We should never nourish the old memories of pai as time always heals the emotional pain.We should not resist when life needs to remove the old things to make room for new things, we should let things or people go so that does not feel the pain caused by natural flow that was intended to carry us .

Everybody’s past has some terrible things similar to the story unclear end for a little girl who witness it. When trust is betrayed the only thing we should do is to live, learn and let go because when we start living, nobody can hurt you that deep that you can’t move forward . People should not walk on the road that led to betrayal and gone, instead we should turn away from what is already gone .

How to get rid of a terrible past ? 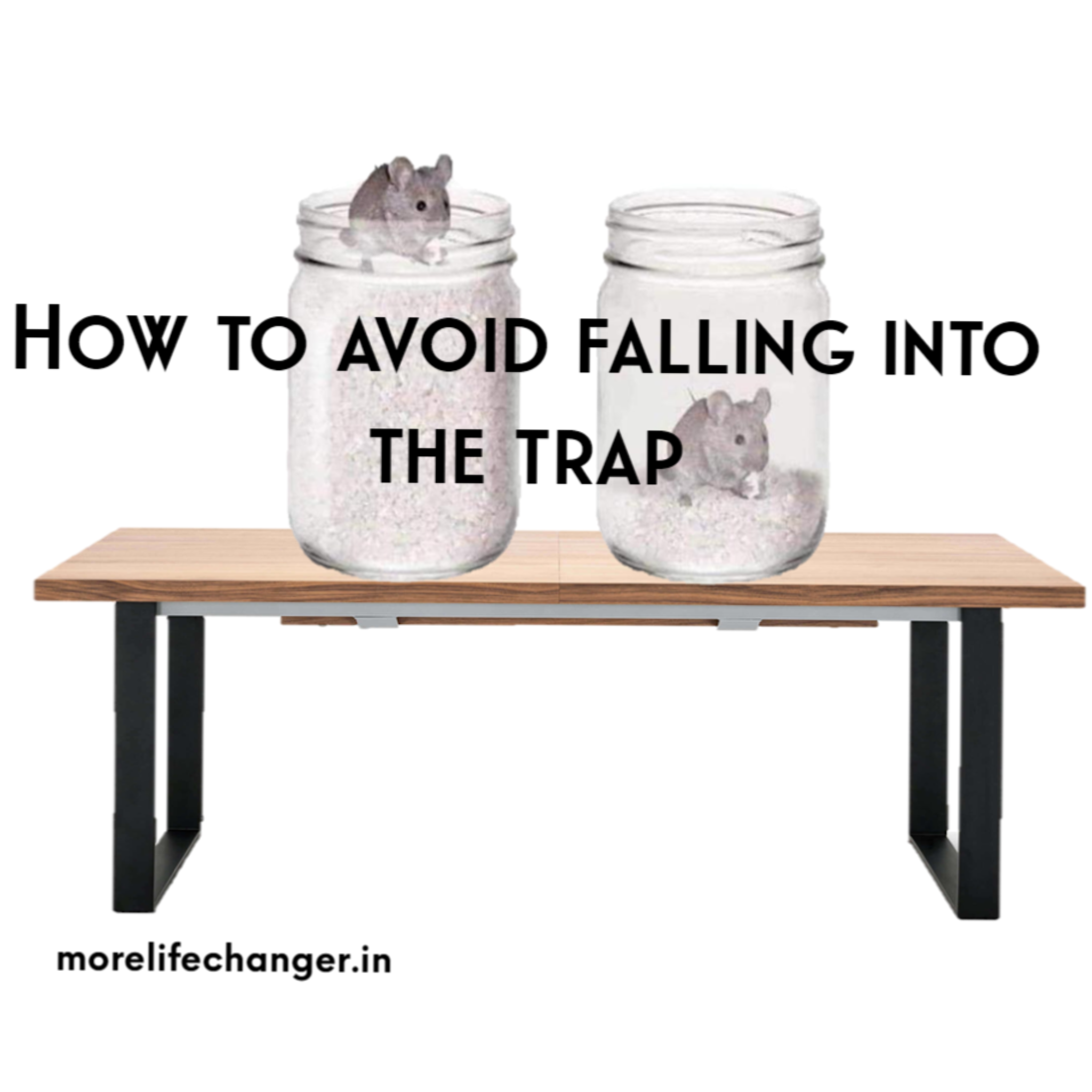 How to avoid falling into the trap 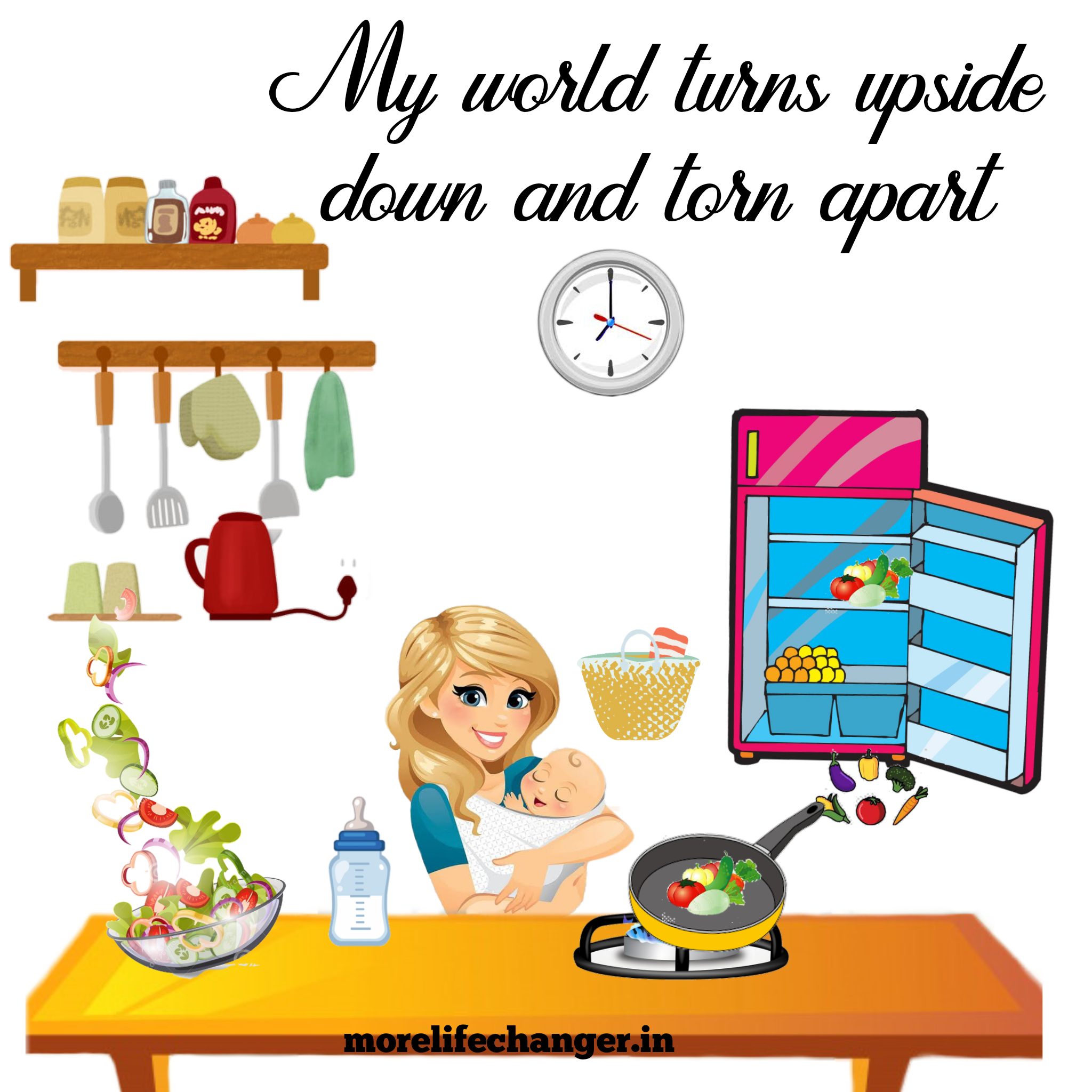 My world turns upside down and torn apart 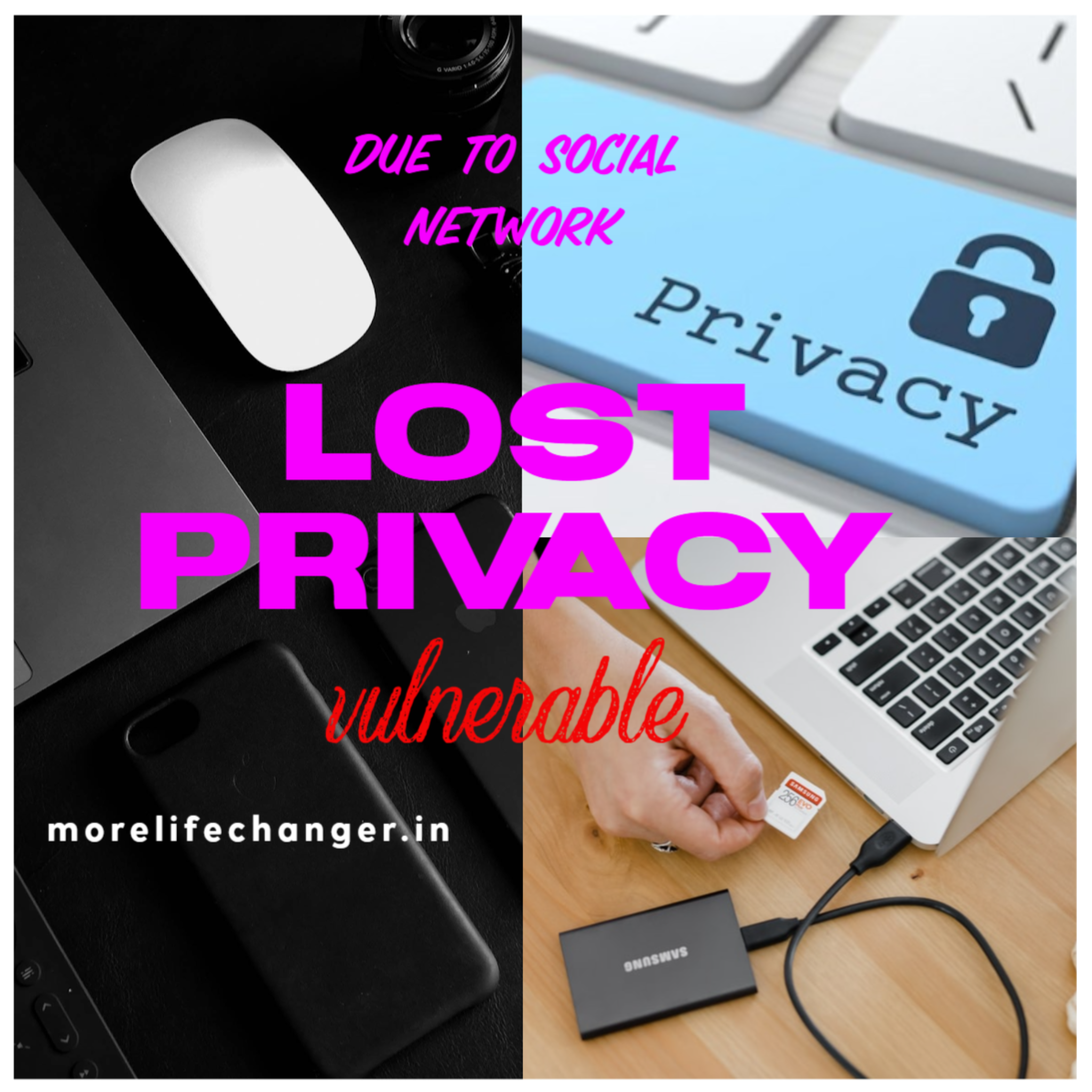